We operate two barges at the port of Las Palmas, in Spain:

The Maspalomas can carry up to 25,000 liters of lubricants in IBC’s and drums on deck, and is also used as a slop reception barge, with a reception capacity of up to 100 M/T. The barge is authorized to operate up to 20 miles off the coast. It is a T class, Group A1 and is able to carry up to 25 M/T of stores, provisions, spare parts etc and is also licensed to convey up to 12 persons.

The Urkiola Mendi is able to carry up to 18,000 liters of lubricants or 15 M/T of stores,  spare parts, provisions etc. on deck. She is authorized to supply up to 20 miles off the coast. It is equipped with a hiab crane capable of lifting upto 1500 kgs with a reach of 16 m.

Both crafts are vetted through the COBRA (SIRE) system for luboil major principals e.g. BP,  Shell, Castrol, Cepsa and Mobil and obviously have pumping facilities. The Urkiola Mendi is also authorized to convey Shell personnel. Additionally, we also own a fleet of trucks fitted with pumps for the delivery of luboils in bulk ex wharf at the port. We also have our own warehouse installations where we stock the luboils for eventual delivery. 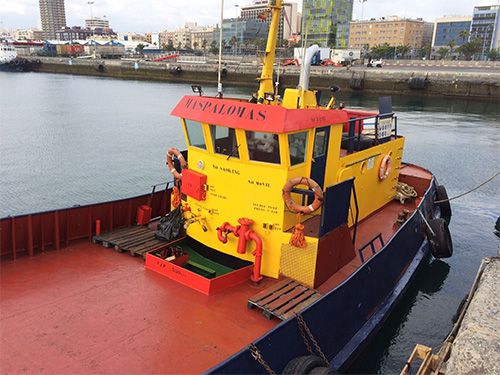 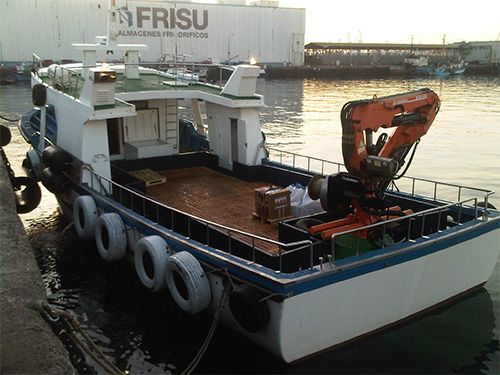